Mark the letter A, B, C, or D on your answer sheet to indicate the word whose underlined part

differs from the other three in pronunciation in each of the following questions.

Mark the letter A, B, C, or D on your answer sheet to indicate the word that differs from the

other three in the position of primary stress in each of the following questions.

Mark the letter A, B, C, or D on your answer sheet to indicate the word(s) OPPOSITE in

meaning to the underlined word(s) in each of the following questions.

Question 5. I think we can safely say now that we have got our money back, we are home and dry.

A. have been unsuccessful B. have got no water

C. have been successful D. have got home dry

Question 6. She was brought up in a rich family, so she can’t understand the problems we are facing.

Mark the letter A, B, C, or D on your answer sheet to indicate the word(s) CLOSEST in meaning

to the underlined word(s) in each of the following questions.

Question 7. His new yacht is certainly an ostentatious display of his wealth.

Question 8. What caused the changes in the position of women in society?

A. broke out B. brought about C. moved in D. turned out

Mark the letter A, B, C, or D on your answer sheet to indicate the correct answer to each of the

Question 9. Wild animals ………. in their natural habitat will have a better and longer life than those which

are kept in protected areas.

Question 10. Before the builder started his work, the landlord asked him to give me an………..of the cost

of repairing the roof.

Question 11. The robot manufacturer got the outdated robots ……for the next generation robots.

A. advised B. proposed C. suggested D. made

Question 14. She came into the room while they …………… television.

Question 15. In Britain and America, it is …..for everybody to sing ‘Auld Lang Syne’ on New Year’s Eve.

Question 16. It is advisable that ……… a career objective at the start of his/her resume.

A. every applicants write B. an applicant writes

C. an applicant must be writing D. every applicant write

Question 17. A better solution should be …………..to deal with the matter of mass immigration from the

A. made B. adopted C. done D. created

Question 18. If energy . …….. inexpensive and unlimited, many things in the world would be different.

Question 19. It looks like they’re going to succeed…………their present difficulties.

A. despite B. because of C. even though D. yet

Question 20. Tony keeps begging me for a new bicycle many times. However, I will never

Mark the letter A, B, C, or D on your answer sheet to indicate the most suitable response to

complete each of the following exchanges.

Question 21. Anne and John are at a party.

A. Thanks! Same to you B. That’s very kind. Thank you

Question 22. Tony is speaking with his boss, David.

C. Don’t apologize. It’s all my fault. D. My pleasure.

Mark the letter A, B, C, or D on your answer sheet to indicate the sentence that best combines

each pair of sentences in the following questions.

Question 23. My brother has a lot of friends. Many of them are in his class.

A. My brother has a lot of friends, who are in his class.

B. My brother has a lot of friends, many of whom are in his class.

C. My brother has a lot of friends, many are in his class.

D. My brother has a lot of friends, many of which are in his class.

Question 24. Companies spend millions of dollars on advertising. They want to increase their sales.

A. Companies spend millions of dollars on advertising so that they want to increase their sales.

B. Companies spend millions of dollars on advertising, but they want to increase their sales.

C. Companies spend millions of dollars on advertising with the aim of increasing their sales.

D. In order that they want to increase their sales, companies spend millions of dollars on advertising.

Mark the letter A, B, C, or D on your answer sheet to indicate the sentence that is closest in

meaning to each of the following questions.

Question 25. But for his help, we would all have died.

A. If it had been for his help, we would all have died.

B. Had it been for his help, we would all have died.

C. Had it not been for his help, we would not all have died.

D. If it hadn’t been for his help, we would all have died.

Question 26. My views don’t carry enormous weight with the boss.

A. My views don’t help the boss gain enormous weight.

B. My views don’t have enormous influence on the boss.

C. My views don’t go down well with the boss.

Question 27. He started investigating the case a week ago.

A. He has started been investigating the case for a week.

B. He is investigating the case for a week.

C. He has been investigating the case for a week.

D. He has been investigating the case for a week ago.

Mark the letter A, B, C, or D on your answer sheet to indicate the underlined part that needs

correction in each of the following questions.

Question 28. Recently, (A) the island of Hawaii (B) had been the subject of (C) intensive research (D) on

the occurrence of earthquakes.

Question 30. (A) A number of the American Indian languages (B) spoken (C) at the time of the European

arrival in the New World in the late (D) fifteen century have become extinct.

Read the following passage and mark the letter A, B, C, or D on your answer sheet to indicate

the correct word or phrase that best fits each of the numbered blanks.

A survey carried out last year revealed that young and old alike said volunteering had improved their lives,

particularly those (31) …………in conservation or heritage work.

Businesses recognize its importance and get to (32) …………their profile in the community, while staff get

break from their daily routine to develop “soft skills”, such as initiative and decision-making. One

difference in the workplace, or if it is something businesses do simply to improve their image.

Not only are business-sponsored placements becoming more common, (34) ………… the government is

also investing money and aiming to recruit volunteers. The push is clearly on to make volunteering as

attractive as possible to everyone.

And the more people who participate, the more the act fulfils its (35) ………… of making the world a better

Read the following passage and mark the letter A, B, C, or D on your answer sheet to indicate

the correct answer to each of the questions.

It has been said that jazz is America’s greatest contribution to music. It mixes the powerful rhythm of

African traditions with elements of European classical music. The beginnings of jazz music are a bit

unclear, but many people believe it originated in New Orleans during the late 1800s. New Orleans was a

melting pot where local tribes mixed with immigrants who came from Africa and Europe to form a new,

Jazz has several elements which set it apart from other styles of music. Compared to rock music, jazz is

more complex and versatile. Whereas rock bands typically consists of a drummer, some guitarists, and a

singer, jazz bands can be big or small and they are made up from a wide variety of instruments. Another

thing which sets jazz apart from other forms of music is improvisation. Musicians start with a basic

structure, perhaps a few chords, and then they decide what to play in the moment. Therefore, even if the

same songs are repeated, you can be certain that no two jazz concerts are the same.

Over the years, many sub-genres of jazz came about. Ragtime is one of the first styles that came about,

and it consists mainly of upbeat piano compositions. Dixieland Jazz started in the 1920s and it incorporated

blue music and brass bands. Next came the Big Band era, which showcased groups with 10 or more

musicians playing different instruments. In the Bebop era of the 1940s, jazz musicians returned to smaller

If you are just becoming interested in jazz, you should start by listening to the works of some of its

masters. Louis Armstrong is considered one of the grandfathers of jazz, as he helped to spread jazz to the

masses in the 1920s. Armstrong is perhaps best-known today for singing the classic song “What a

Wonderful World”, but in his prime, he was a talented bandleader and an incredible trumpet player. Charlie

Parker was all the rage during the bebop age, as every saxophone player was trying to imitate him. Miles

Davis is another pioneering jazzman who everyone should check out, as he was always changing his style.

During his long career, Davis won nine Grammy awards. Although jazz music is an acquired taste, once

you begin to appreciate it, it is like a fine wine that gets better with age.

Question 36. Why was New Orleans a good place for jazz to start?

A. It was the only place where music was sold in the US.

B. There were people from many cultures living there.

C. The city was famous for European classical music.

D. Only local tribes were allowed to play music there.

Question 37. What is the second paragraph mainly about?

A. Some of the most famous jazz musicians

B. The things that make jazz music special

C. A few jazz classics that everyone should hear

D. How readers can learn to play jazz music

Question 38. Which of the following best describes Bebop jazz?

A. A small group of jazz musicians playing difficult songs B. A talented jazz piano player playing a happy melody

Question 39. Which of the following best matches the meaning of the word “improvisation” in

A. Playing louder than other people B. Playing every note exactly the same

A. won many Grammy awards B. was a very famous Bebop musician

Question 42. How does the author seem to feel about jazz?

A. He thinks it could take several listens before people like it.

B. He doubts anyone that is young will enjoy it.

C. He believes it will soon be more popular than it ever was.

D. He thinks readers will be hooked on jazz from the start. 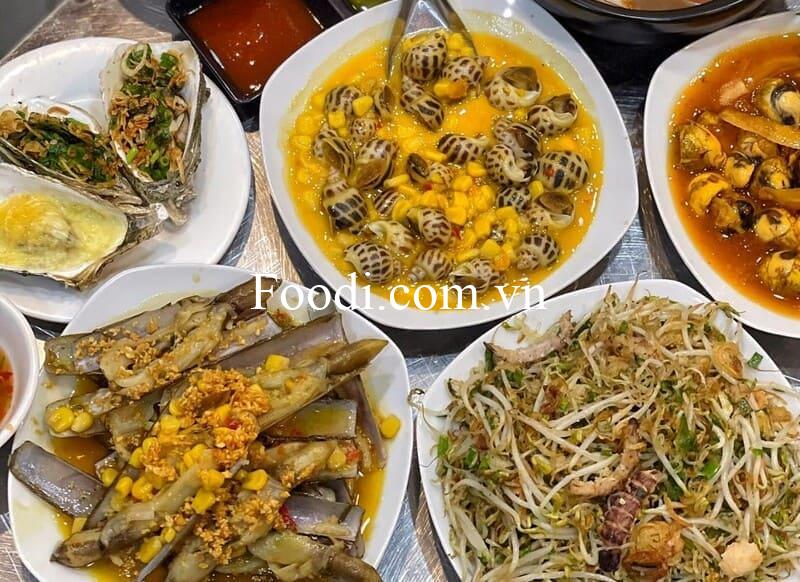 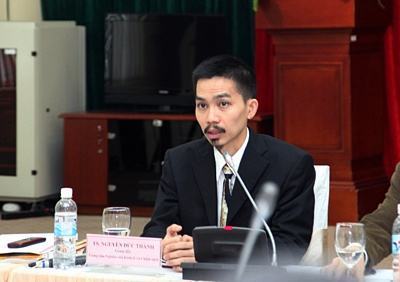 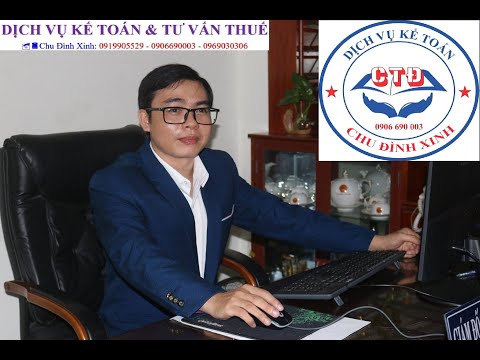